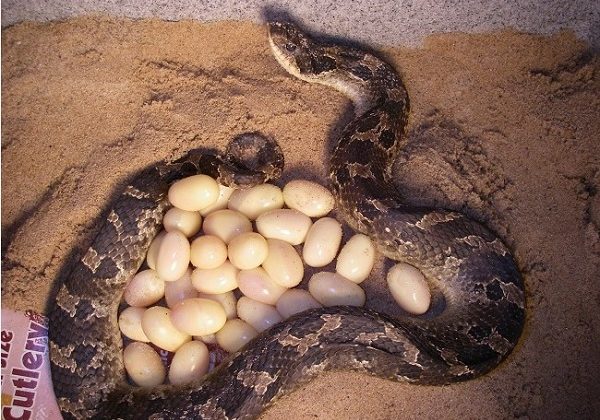 Snakes are common reptile.Snakes live on everywhere on Earth except Ireland, Iceland, New Zealand, and the North and South Poles. Most people are afraid of snake. But it’s an amazing fact about snake that most of them are tranquil. They don’t attack you unless you bother them. Here you will find several real astonishing facts about snake. 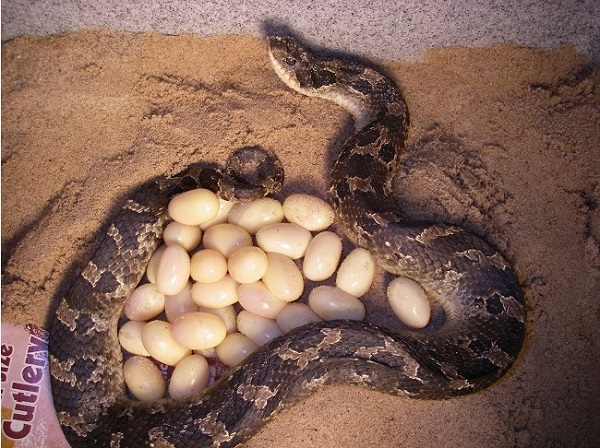 6. The Inland Taipan- The Most Venomous But Shy and Placid Snake in World
The inland taipanbe the world’s most toxic snake. It injects the most toxic and huge amount of venom when it bites. Its venom sacs hold enough poison to kill up to 80 people. But they considered placid in nature.

7. The Death Adder-Fastest Attacking Snake in The World
The death adder makes the fastest strike of any snake in the world. It can attack, inject venom, and go back to striking position in under 0.15 seconds.

8. Amazing Fact about Rattlesnake Rattle
Rattlesnake rattles are made of rings of keratin. It is the same material as human hair and fingernails. A rattler will add a new ring each time it sheds its skin. Native believe that there is nothing so eloquent as the rattlesnake’s tail.

9. Human Attempt Survived Being Swallowed by Anaconda
Naturalist Paul Rosolie attempted to be the first person to survive being swallowed by an anaconda in 2014. He changed into wearing a special designed carbon fiber suit. It is equipped with a breathing system, cameras, and a communication system. He ultimately called off his stunt when he felt like the anaconda was breaking his arm. it tightened its grip around his body.

10. Interesting Fact about Snake’s Scale
Scales cover every inch of a snake’s body, even its eyes. Scales are thick, tough pieces of skin made from keratin. It is the same material human nails and hair are made from.

11. Different Snakes use Different Organs Following Their Prey
Smaller snakes, such a tree- or- ground-dwelling snakes, use their tongues to follow the scent trails of prey such as spiders, birds, and other snakes. Larger snakes, such as boas, have heat-sensing organs called labial (lip) pits in their snouts for the same purpose.

12. Snake’s Body have a Strong Sensation of Heat
Snakes like to lie on roads and rocky areas because stones and rocks absorb heat from the sun, which warms them. Basking on these surfaces warms a snake quickly so it can move. If the temperature reaches below 50° Fahrenheit, a snake’s body does not work in a proper way.

13. The King Cobra- King of All Snake
The world’s longest venomous snake is the king cobra from Asia. It can grow up to 18 feet, rear almost as high as a person. It can growl loudly. It injects enough venom to kill an elephant.

14. An interesting Fact about Anaconda
People thought that the king cobra is one of the most intelligent of all snakes. Additionally, unlike most snakes, who do not care for their young, king cobras are careful parents who defend and protect their eggs from enemies.

15. Signature Spot of Cobra
The word “cobra” means “hooded”. Some cobras have big spots on the back of their hood that look like eyes. It makes them seem intimating even from behind.

16. Anacondas- Powerful Hunter both in Water and Air
Anacondas can hold their breath for up to 10 minutes under water. Additionally, similar to crocodiles. Anacondas have eyes and nostrils that can poke above the water’s surface. It increases their stealth and hunting prowess.

18. Desert snakes prefer Summer Sleep
Some wasteland snakes, such as the African rock python, sleep during the hottest parts of the wilderness summer. This summer sleep is just like hibernation. It is known as “aestivation”.

19. People Die by Snake’s Bite
Snakes kill over 40,000 people a year. With unreported incidents, the total may be over 100,000. About half of these deaths are in India.

20. People Drink Cobra’s Blood in Some Asian Countries
Some people in Asia believes that drinking the blood of snakes, particularly the cobra, will increase sexual virility. The blood is usually drained from a live snake and then mixed with liquor.

21. Snake Symbolizes Various Meanings Throughout History
The Egyptians viewed the snake as representing royalty and deity. In the Jewish rabbinical tradition and in Hinduism. It represents sexual passion and desire. And the Romans interpreted the snake as a symbol of eternal love.