10. From the love of acting Arnold always desired for acting moved from bodybuilding.It fulfilled when he had chosen to play the role of Herkules in New York in 1970 & he became successful in his next film Stay Hungry in 1976. It brought him his first award – Golden Globe for New Male Star of the Year. (M.C) 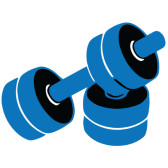